Running containers in your user space with udocker

Description about the presentation

udocker enables the execution of docker containers in user space without requiring root privileges for installation or use. Udocker implements the pull, load, import and execution of containers by non-privileged users in Linux systems where docker is not available. It can be used in Linux batch systems and interactive clusters that are managed by other entities, such as grid infrastructures or externally managed batch or interactive systems. udocker does not require any type of privileges nor the deployment of services by system administrators. It can be downloaded and executed entirely by the end user.

In this webinar we will explain the udocker fundamental, how to use udocker to execute Linux containers and how to best exploit the several execution engines. 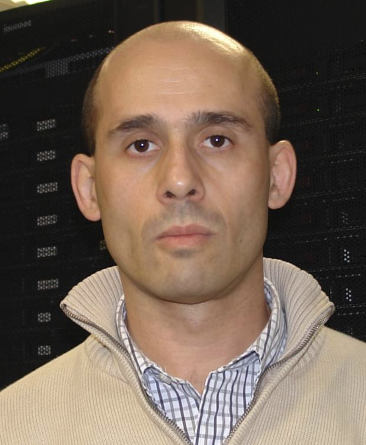 Jorge Gomes, is computing research PI at LIP, he is currently member of the board of directors of the Portuguese National Distributed Computing Infrastructure (INCD), which delivers HPC, HTC, cloud, grid and data services. He worked in the development of data acquisition systems for High Energy Physics experiments at CERN, and participated in pioneer projects in the domains of digital satellite data communications, IP over ATM, and advanced video-conference over IP networks. Since 2001 he participated in international projects computing including CrossGrid, Enabling Grids for E-Science (EGEE) I, II and III, E-Infrastructure Shared Between Europe and Latin America (EELA), int.eu.grid, EGI-INSPIRE, EGI-ENGAGE, INDIGO-DataCloud and EOSC-hub. Since 2008 he has been coordinator of the Portuguese Tier-2 computing facility in the Worldwide LHC Computing Grid (WLCG) supporting the CERN Large Hadron Collider experiments. He is the technical coordinator for the Portuguese participation in the IBERGRID initiative that joins the Portuguese and Spanish distributed computing infrastructures. He coordinates the Portuguese participation in EGI, and is the Portuguese representative at the EGI council. He is currently participating in the European projects EOSC-Synergy, EGI-ACE, C-Scale, EOSC-Future and EUROCC.